Annually, the world’s single greatest investor, Warren Buffett, writes a letter to the shareholders of Berkshire Hathaway, Inc. For decades, this letter has been a much anticipated, widely read treasure for business and investing minds as Buffett shares deep wisdom in simple, witty terms. Click here to read the entire letter.

In this year’s letter, Buffett praises the American economy and gives sound, common sense reasons for optimism. This principle — optimism, or faith in the future — is the first great principle necessary to achieve actual investment success. The whole idea of investing is that your capital will be used in the creation of something better. Without faith in that process, you might as well eat, drink, and be merry today, for tomorrow you’ll be broke.

I wanted to share with you an excerpt of Buffett’s letter discussing this principle of investment optimism. Pay particular attention to what Mr. Buffett says about fear – both widespread fear and personal fear. We have long advised that the widespread fear causing declines in market prices should gladden the hearts of investors as it allows them to purchase larger numbers of shares for less money. What you should experience when the market declines is akin to what a shopper experiences during a clearance sale. Read here for more on this topic.

At Practice Financial Group, we will forever recommend a long-term, buy and hold strategy of a broadly diversified, low cost, tax efficient, passive investment strategy. Why buy and hold? Because we have no idea when the next market swing will happen and trying to guess when is akin to gambling, which we reject on the principle of mathematics (among other reasons). But real wealth will be delivered, over time, to the patient owners of the most predictable and productive assets of all time: publicly traded businesses.

“Our efforts to materially increase the normalized earnings of Berkshire will be aided – as they have been throughout our managerial tenure – by America’s economic dynamism. One word sums up our country’s achievements: miraculous. From a standing start 240 years ago – a span of time less than triple my days on earth – Americans have combined human ingenuity, a market system, a tide of talented and ambitious immigrants, and the rule of law to deliver abundance beyond any dreams of our forefathers.

You need not be an economist to understand how well our system has worked. Just look around you. See the 75 million owner-occupied homes, the bountiful farmland, the 260 million vehicles, the hyper-productive factories, the great medical centers, the talent-filled universities, you name it – they all represent a net gain for Americans from the barren lands, primitive structures and meager output of 1776. Starting from scratch, America has amassed wealth totaling $90 trillion.

It’s true, of course, that American owners of homes, autos and other assets have often borrowed heavily to finance their purchases. If an owner defaults, however, his or her asset does not disappear or lose its usefulness. Rather, ownership customarily passes to an American lending institution that then disposes of it to an American buyer. Our nation’s wealth remains intact. As Gertrude Stein put it, “Money is always there, but the pockets change.”

Above all, it’s our market system – an economic traffic cop ably directing capital, brains and labor – that has created America’s abundance. This system has also been the primary factor in allocating rewards. Governmental redirection, through federal, state and local taxation, has in addition determined the distribution of a significant portion of the bounty. 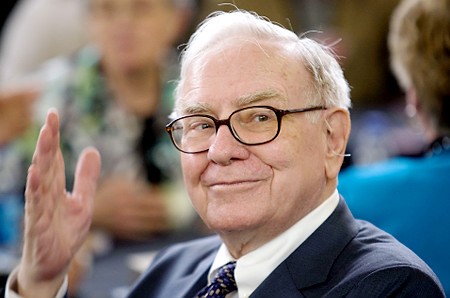 America has, for example, decided that those citizens in their productive years should help both the old and the young. Such forms of aid – sometimes enshrined as “entitlements” – are generally thought of as applying to the aged. But don’t forget that four million American babies are born each year with an entitlement to a public education. That societal commitment, largely financed at the local level, costs about $150,000 per baby. The annual cost totals more than $600 billion, which is about 3 ½ percent of GDP.

However our wealth may be divided, the mind-boggling amounts you see around you belong almost exclusively to Americans. Foreigners, of course, own or have claims on a modest portion of our wealth. Those holdings, however, are of little importance to our national balance sheet: Our citizens own assets abroad that are roughly comparable in value.

Early Americans, we should emphasize, were neither smarter nor more hard working than those people who toiled century after century before them. But those venturesome pioneers crafted a system that unleashed human potential, and their successors built upon it.

This economic creation will deliver increasing wealth to our progeny far into the future. Yes, the build-up of wealth will be interrupted for short periods from time to time. It will not, however, be stopped. I’ll repeat what I’ve both said in the past and expect to say in future years: Babies born in America today are the luckiest crop in history.

America’s economic achievements have led to staggering profits for stockholders. During the 20th century the Dow-Jones Industrials advanced from 66 to 11,497, a 17,320% capital gain that was materially boosted by steadily increasing dividends. The trend continues: By yearend 2016, the index had advanced a further 72%, to 19,763.

American business – and consequently a basket of stocks – is virtually certain to be worth far more in the years ahead. Innovation, productivity gains, entrepreneurial spirit and an abundance of capital will see to that. Ever-present naysayers may prosper by marketing their gloomy forecasts. But heaven help them if they act on the nonsense they peddle.

Many companies, of course, will fall behind, and some will fail. Winnowing of that sort is a product of market dynamism. Moreover, the years ahead will occasionally deliver major market declines – even panics – that will affect virtually all stocks. No one can tell you when these traumas will occur – not me, not Charlie, not economists, not the media. Meg McConnell of the New York Fed aptly described the reality of panics: “We spend a lot of time looking for systemic risk; in truth, however, it tends to find us.”

During such scary periods, you should never forget two things: First, widespread fear is your friend as an investor, because it serves up bargain purchases. Second, personal fear is your enemy. It will also be unwarranted. Investors who avoid high and unnecessary costs and simply sit for an extended period with a collection of large, conservatively-financed American businesses will almost certainly do well.”

Nate WilliamsSage Wisdom from the Greatest Investor of All Time03.09.2017