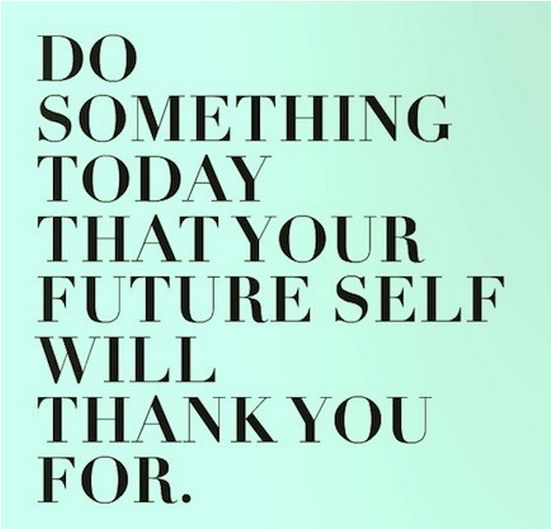 We have two main jobs with our clients, understand their goals and help them reach the goals they set for themselves. It is inspiring work. Truly, we have one of the best jobs on the planet. We try and account for everything that will help or hinder a client in achieving those goals. However, there is often one person who cares the most about you goals and plans, but can’t do anything about it right now: your future self. In our work, we often try to advocate for this poor, unfortunate soul – you, but the older, feebler version.

We want this version of you to live a good life with dignity and independence; but whether or not that happens will depend largely on the decisions the current version of you makes today.

Two of these decisions include how much money to save, and when to start saving it. How much to save depends on many factors and I’ll leave that question unanswered until we’re talking directly to you. For now I’ll merely state that I have rarely met a person who lamented over saving too much money. Let’s talk about when to start saving.

In the equation of wealth accumulation there are really only three factors:

Which is most important? They are all important. Which should you focus on? Most doctors get this wrong – most doctors get too fixated on #2, the return on investment. The problem here is that the answer lies too far outside your influence. Meanwhile, they start saving too late and/or save too little.

What’s the big deal? I’m sure Dr. F had a good reason to wait, but here are the cold, hard numbers: